We offerAccommodation and Conferencing Facilities

The Manor has two family rooms, two twin rooms and four double rooms. Foster’s Manor presently operates only as a Bed and Breakfast establishment and caters for small conferences for which refreshments are provided. 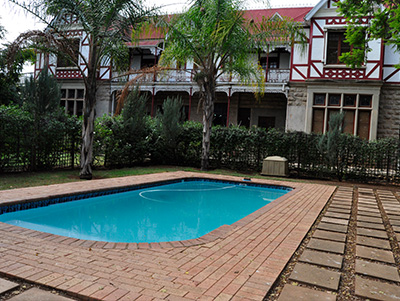 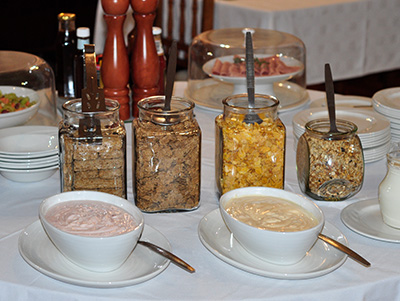 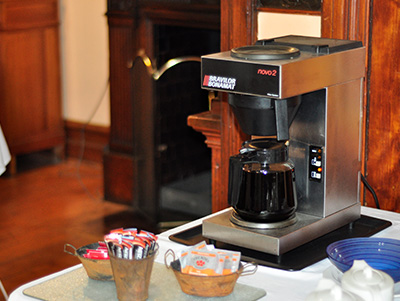 About usJewel Of The Little Karoo

Mr Foster was a member of the Cape Legislative Assembly and a real high roller. Rumour had it that he maintained a wife and a mistress, both living in style in separate parts of the mansion. Entertainment was lavish.

When the feather boom collapsed in 1914, Foster went bankrupt. It is rumoured that he hid from his creditors in the cellar, reported himself as dead, and in disguise attended his own funeral, the coffin filled with sandstone fragments. He was never seen again in the Little Karoo. The Standard Bank took over the property and sold it to the educational authorities. The mansion was used as a teacher’s training college until 1924 and then as a hostel for girls and offices for the CJ Langenhoven Commercial School. It became vacant in 1972 and fell into disrepair.

In 1973 the administrator temporarily placed the building on the declaration list. On 17 May 1991, Foster’s Folly was declared a National Monument and has been restored to its former glory.